"In every difficulty we face, we seek to find an opportunity." 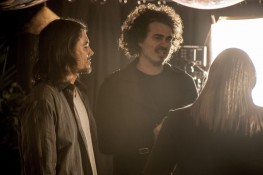 Miguel Rodrigues was part of the management team of Rede Globo, the largest TV station in Latin America, for ten years. At this time, it was involved in several novels like "Kubanacan", "Senhora do Destino"; "Cobras e Lagartos", "Duas Caras", besides being one of the directors responsible for the series "In the form of the law", nominated to Emmy International 2011, competing with productions of the Japanese NHK broadcasters; Canal + French and BBC English.

Today, he is a partner director of Take a Take Films, where he produced, directed and photographed 18 short films, winning the Jampa Festival for best short and directing, with "Espectro" and nominated for the award for best actor with "Capodano". Also realized the series "Wizstar", that turned musical in the theater and, later, a movie of length film. In addition, she participated in the creation of events related to the cinema and directed several advertising campaigns and corporate films for brands such as: Citroën, Zaffari, Ana Hickman, Líquido, Microsoft, Sap, TBB, TDB and Paco Modas. Today, he works on the finalization of the series, "Metrópole", "Dúdú e o Lápis Cor da Pele" and "Nem Tudo é Verdade" from the Take a Take Creative Nucleus, on the youtube channel "Descarga Eletrica" Projects.

Soon after graduating in journalism from PUC Minas, Adauto Lima Neto studied cinema in London, going through renowned institutions and working with several professionals in the British market. Upon returning to Brazil, he directed his first short film "Miolo de Pão", and at the request of Biblioteca Vagalume, 3 episodes of a series recording the NGO's work for the Legal Amazon. He also went through projects such as the "O Jogo Duplo" series and various advertisements for large national and international clients.

He also went through projects such as the "O Jogo Duplo" series and various advertisements for large national and international clients. 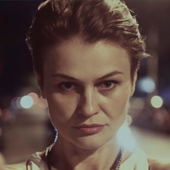 Stylist and Executive Producer graduated from SENAC Rio de Janeiro, Leandra Aieedo was fashionable traveling the world, having her experiences and references of customs and style in her many passages by countries such as Italy, Germany, France, Holland, Spain and London. As a fashion producer she has carried out several publicity campaigns and editorials for well-known travel and entertainment magazines, among them Vip and Revista A Magazine.

In 2005, she joined the Superior Marketing course at ESPM - Escola Superior de Propaganda e Marketing. In 2008, she joined Take a Take Films executive direction, where she participated as Executive Producer in the feature film "The hell of each one", in the TV series "Jogo Duplo", in the web "Conjugados" series and in campaigns Advertising for the brands Citroën, Wizard, Zaffari, Líquido, Microsoft, EZTEC, Óculos Diniz, Di Gaspi, among others.

Together with the artistic and executive team, he continues to conceptualize all the productions made by Take a Take Films.

We create unique experiences, uniting creativity with new technologies. We produce 3D, Compositing, Visual Effects, Concept Design and Animation. In late November 2014, Helena Hilario and Mario Pece strategically launched StratoStorm, a state-of-the-art post-production studio based in São Paulo, equipped with state-of-the-art workstations, render farm and a first-rate team The mission is to provide visual effects with the quality and level of Hollywood work in cost less than a post-production house based in USA.

Our Visual Effects studio StratoStorm occupies the former address of the traditional MCR audio producer, located in Bela Vista. We provide an innovative space that comes along with our will to create, we brought to Brazil the talent of professionals consolidated in Hollywood to serve advertising agencies and film producers. 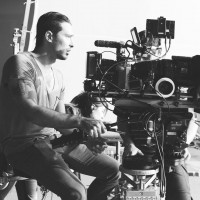 Currently, living in São Paulo / Brazil, he is fully dedicated to the Direction of Photography both abroad and in Brazil. He is fluent in Portuguese, English and Japanese, and has worked abroad as Director of Photography for companies such as NISSAN (GTR), TOYOTA LEXUS (LFA), PANASONIC LUMIX, NIKE, MIZUNO, ADIDAS, OXY, KIRIN, PEACH JOHN, LUSH among others. He recently performed advertising projects in Brazil for FIAT, BRAHMA (Ambev), NÍVEA, C & A, JOHNSON & JOHNSON, ETNA, WALMART, GUARANÁ ANTARCTIA, YPIOCA, PUMA, DISCOVERY CHANNEL, among others.

DP Director of the Metrópole series, with extensive experience in the audiovisual segment, worked with a wide variety of the most modern cameras and equipment on the world market. An immense passion for creativity in itself, makes him dedicate himself to telling stories through art, motivated that is in capturing the beauties of the world, doing what he loves most. 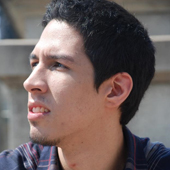 Writer and playwright. Born in Recife, he lives in São Paulo since he was 6 years old. A city that has become the scene present in most of its texts. In 2011 he was selected for the SESI - British Council Dramatic Nucleus with his text "The Girls of the Neighborhood". Under the supervision of playwright Marici Solomon, he developed the text "Gravidade" or "Grav (...) iiidaDÊ!". The piece was published in 2013, in a new volume of pieces published by SESI-SP itself

In 2012 he developed the script for the short film "Fotógrafas" together with a group of film students from Unesp de Bauru - a collection of short films called "Welcome to ...". There are scripts produced by some producers in São Paulo, including Take a Take Films. In this one wrote the short ones "Consciência", "Espólio", (with argument of Jean Caetano Bezerra) all of 2014.

In the production company, she also wrote the screenplay for the advertising short film "Learn to Fly", for the supermarket chain Comercial Zaffari and the "Check List" mood sketch also for the year 2014. Besides this, she made other inroads into humor, “Jesus 34” and the web series "Dona TPM", 2013/2014. He also created the institutional script for the documentary of an action of the Hospital Albert Einsten (AMIGOH) and the Brazilian Society of Dermatology. He also had the story "Human Food" published on the virtual page of the project "Young Writers Festival 100 word plays", of the Royal Curt Theater, London. Since May 2014, she has been part of the writing team of the Take a Take Creative Cinema Center.

He took the course of B_arco's Humor Sketches, with writers Newton Canito and Fernando Muylaert. He also did the following training courses at SP Escola de Teatro (Center for the Arts of the Stage): Dramaturgy and Teledramaturgy, with the playwright and novelist Aimar Labaki; Children's drama with the writer and playwright Flávio de Souza and the Ibero-American Stage: Theater in the Contemporary - Writing Workshop in the City, with the Portuguese playwright Jorge Louraço - in this last one the focus was to explore the urban spaces in the creation of new dramaturgies.